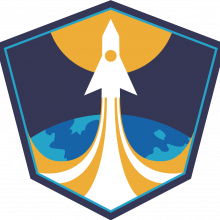 The next generation of Aerospace.

Rocket Propulsion Laboratory at UCSB seeks to design and build a liquid oxygen and liquid methane propelled rocket to compete in the FAR/Mars rocket competition. Each year, college rocketry teams compete to launch a rocket to 45,000 feet for a $50,000 prize, or $100,000 using liquid methane. Before building the rocket, the team seeks to design and build a liquid propulsion system capable of supplying 700 pounds of thrust for 13 seconds, and fabricating a fixture which can put our system to the test. The fixture will acquire and transmit force, temperature, and pressure data from the propulsion system to a nearby bunker to ensure the rocket engine is at peak performance. After finishing a static test fire of the rocket engine and the propulsion system, our team will have everything they need to build an outstanding rocket.