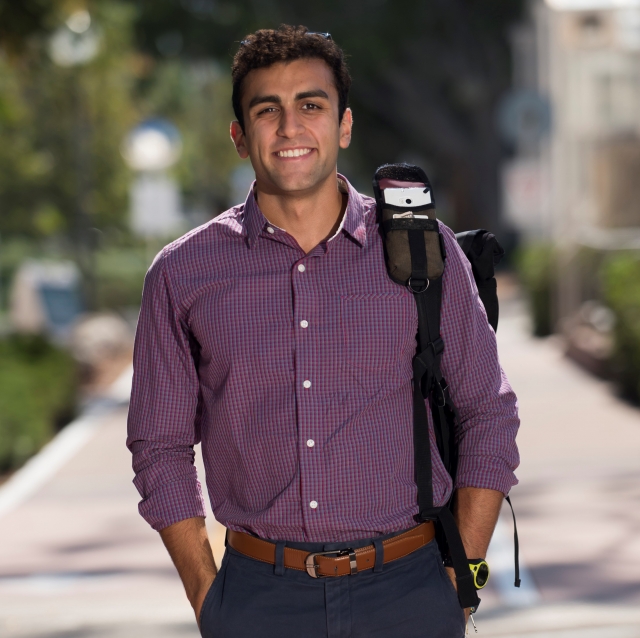 Between his family’s background in medicine and years spent volunteering in hospitals, Ryan became intimately familiar with the limitations and prohibitive costs of today’s medical technologies. Thus, with a goal of designing smaller, cheaper, and more precise medical devices, he spent his time at UCSB pursuing a major in Computer Engineering, while also taking courses in biology, chemistry, and physics. His research has been similarly multidisciplinary, transitioning from projects in microbiology to machine/bio interfaces.

The knowledge from his classes prepared him for summer research in a UCSF microbiology lab. While he later moved on to hardware based solutions, this wet-lab and software work introduced him into the crossover between engineering and biology. Following his freshman summer research at UCSF, he sought out long-term research projects in the UCSB Biomimetic circuits and Nanosystems group. With these experiences he has honed in on the boundary between biology and electrical engineering. Now, he divides his time between research, grad classes and Project Gestur. In addition to leading the system design, he has also been in charge of the PCB design and embedded system development. He sees Gestur as an exciting new opportunity to push human-machine interactions further than ever before as well as a stepping stone for a new class of affordable prosthetic devices.

In the Fall of 2017, Ryan Kaveh will pursue a PhD at UC Berkeley in Electrical Engineering and Computer Science.